How do these people survive?  Why is it like this?  Is this really living?  What can I do about it?  These are just some of the questions that it’s inevitable that you’ll ask yourself if you visit many of the rural villages in remote areas of Central java.  And it’s exactly these questions I had to face when I was fortunate enough to visit Desa Salamerta with my family in 2015, and again with my father in 2019.

As we drove out of Purwokerto, the large town where we were staying, the busy roads got progressively smaller and smaller as we wound our way through farmland and rice fields.  With our driver continually beeping the horn as a warning, we wove our way past scooters, old vans and even rickshaws carrying produce.  Completely disoriented I just had to trust the driver and stare in fascination at the surroundings until we finally arrived at our destination.  MI Al-Ma’Arif Salamerta School.

In 2015 we’d met some families in an adjacent village, and my heart had been captured by a young girl who was sitting alongside her mother as she worked.  Communication was difficult, but we learnt that this young girl, named Suri, faced a pretty bleak future.  Most likely she would grow up with no education in an area where traditional jobs and the locals are being left behind.  The future is either a peasant-like existence or moving to the cities in the search of work.  As described by Wikipedia, “Indonesia is a source, transit, and destination country for women, children, and men trafficked for the purposes of commercial sexual exploitation and forced labor.” When girls arrive in the city, traffickers are waiting to prey on them, ready to export people overseas or sell them into slavery. Sadly, the practice is well known but little is done by local or overseas governments to halt the practice due to the revenue (and, unbelievably, the tourist dollars) trafficking brings in.  I knew I had to do something!

Now, pulling up outside the school in March of 2019, I took a deep breath as we entered the school yard for our appointment with the school principal.  I had no idea what to expect.  How would we be received?  Would an offer of help be wanted or seen as interference?  Could I really make a difference?  Looking back, how could I ever have had any doubts.  Within seconds I was surrounded by a sea of noisy, smiling faces – the bearers of these smiles all jostling with each other to get a look at the “foreigner”. Without exception this was the first time any of these kids, or teachers for that matter, had ever seen a Caucasian, and they were determined to get a good look!  After a couple of minutes, the teachers called out to the kids and bought them back under control and I finally got a moment to take in the situation.  I was standing in the middle of a partially constructed school, with desks that are falling apart, with almost nothing in the way of teaching equipment.  There are holes in the roof, walls you can see daylight through, bare light bulbs hanging from the ceiling.  But what I noticed too was that every child was clean, tidy and amazingly well-behaved.  From previous travels to countries like Fiji and Tonga I’ve often marveled at the pride financially poor parents take in their children when it comes to education, making sure they look their best, so that they do their best. 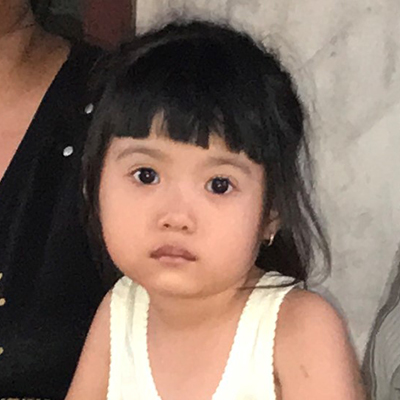 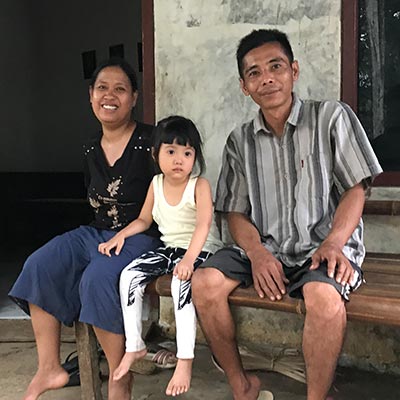 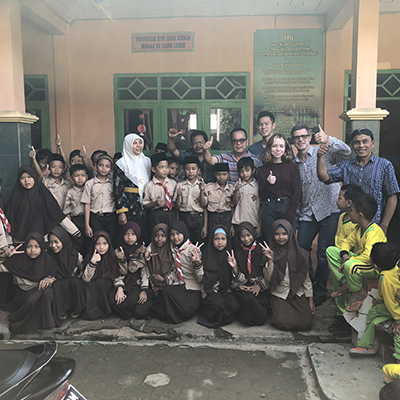 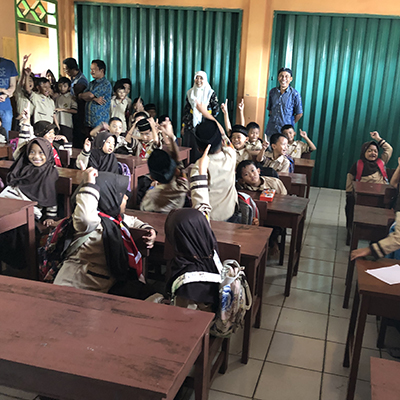 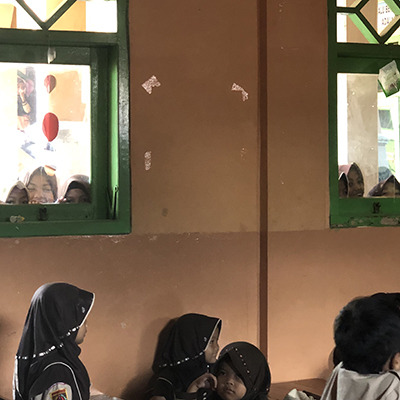 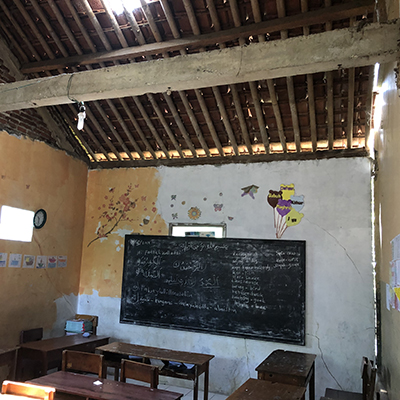 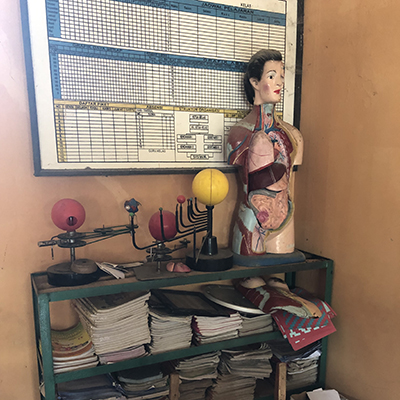 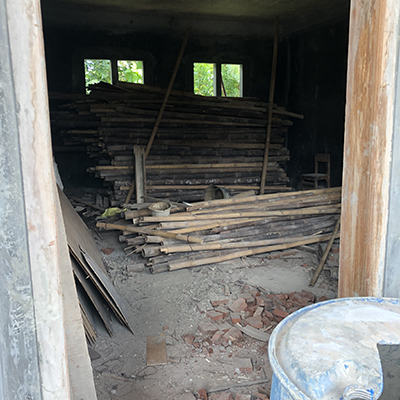 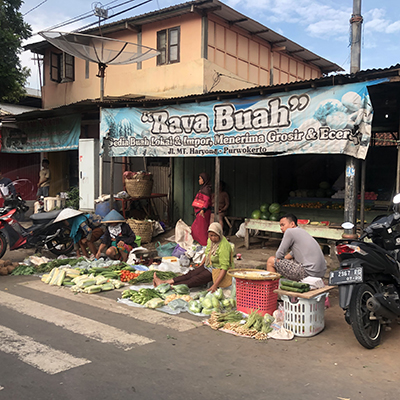 The Principal took us in to a classroom that was nothing more than simple desks and chairs on a white tile floor and introduced us to the class.  It was very humbling as the children introduced themselves, each one taking my hand, kissing it, and then touching it against their cheek as a show of respect.  It was hard to hold back tears as I considered the respect these children were showing, realizing the life of privilege I live, based on nothing more than the geographical location of our birth places.  As I looked around the room I could see faces peering around the doorway and others bobbing up and down outside as they tried to sneak a peak through the high windows.

As the Principal gave us a tour of the school and I couldn’t help but think about all the facilities and equipment I have at my own High School back in Ashland, OR in the US.  But there was no library to see here.  There’s no sports equipment, no art supplies or musical instruments.  Just a few well-worn text books and one or two teaching aids like a model of the solar system and a dummy showing the human body.  I also noticed that there was no safety equipment or barriers separating off the unfinished area of the school.  The Principal explained that occasionally they get money from the government that they must use for specific purposes, but they never give them enough to finish anything, so we saw a number of unfinished classrooms waiting, as they have been for a few years, to get finished.  The school asks parents to try and donate 20,000 Indonesian Rupiah (IDR) per month for each child at the school, but most families can’t afford to pay.  20,000 IDR is $1.41.  This reflects exactly how financially poor these families are.

As my time at the school came to a close, I met with the Principal on more tie and, after taking a big gulp of air, I made him a commitment.  On my return to the US I would get an early start on my own Senior Project (I’m a Sophomore at the moment) and attempt to raise $250 every month so that the school could finish the buildings and get all the local kids into the school, to start a library, and my own passion project of starting and arts and music program.

Thank you for taking the time to read about my trip and project, and if you are able and willing to make a donation I, and the children of MI Al-Ma’Arif Salamerta School, will be very grateful. 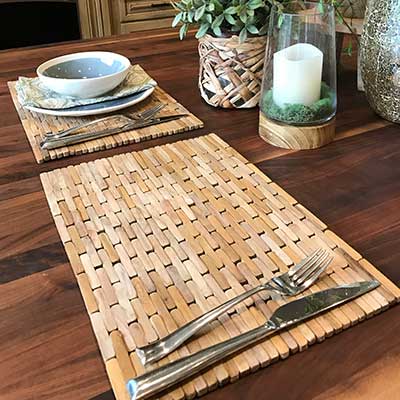 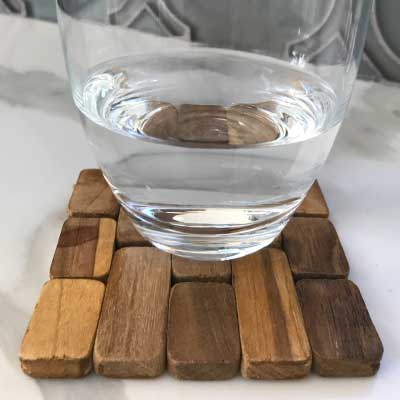 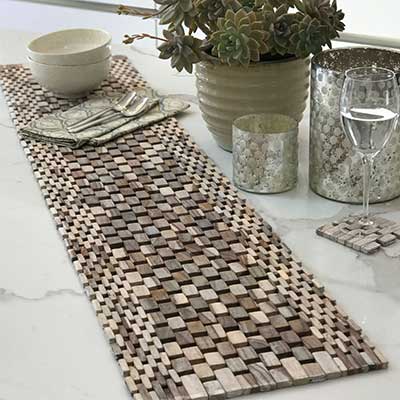 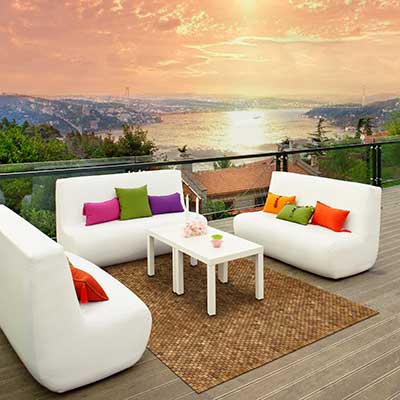 This table runner is absolutely gorgeous. It will make a statement in any room of your home. Very well made.
–Temika from Blythewood, SC

Protects furniture and looks great on my dining room table! Plenty of space for dinner plates and substantial flatware along with one glass. If you need room for another glass at a place setting, consider the matching coaster set.
–Karen from Overland Park, KS

A nice quality placemat. Very well made, easy to wipe off. I have them on my Granite Island to protect the granite against whatever. Works out great. I have 4 in total. Would purchase again.
–Robert from Racine, WI

I have had many, many placemats but these are very elegant. I get a lot of compliments.
–Carolyn from Comstock Park, MI

Beautiful table runner! Matches my table perfectly. Looks very well made and, from what I understand, supports a good cause. Comes in several different shades. Again, a very beautifully made, high quality product.
–Aaron from Royal Oak, MI